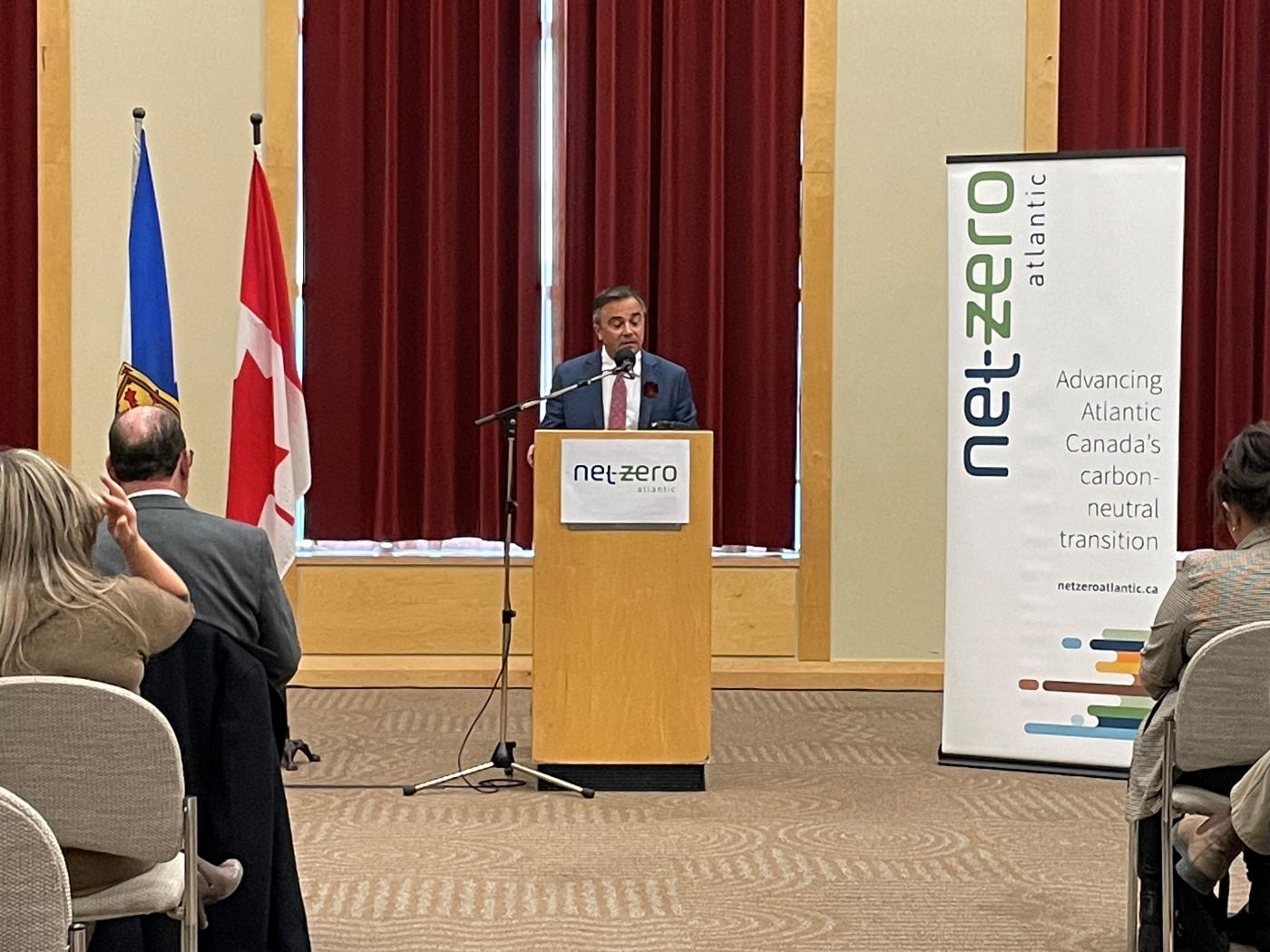 Across the country, Canadians are feeling the impacts of climate change. By investing in renewable energy initiatives that support energy independence and economic development while lowering greenhouse gas (GHG) emissions, we can build a clean energy future that strengthens the economy, creates good, middle-class jobs and supports the natural resource sectors.

Today, Mike Kelloway, Parliamentary Secretary to the Minister of Fisheries, Oceans and the Canadian Coast Guard and Member of Parliament for Cape Breton–Canso, on behalf of the Honourable Jonathan Wilkinson, Minister of Natural Resources, announced an investment of nearly $1.8 million in Net Zero Atlantic to lay the foundations for new Nova Scotian offshore wind projects through capacity building. Net Zero Atlantic and the Confederacy of Mainland Mi’kmaq are also contributing to the project, bringing the total investment to nearly $1.9 million.

Working with Mi’kmaw groups the Unama’ki Institute of Natural Resources and the Confederacy of Mainland Mi’kmaq, as well as with local communities, the Capacity Building for the Sustainable and Inclusive Development of Nova Scotia’s Offshore Wind Resource program will ensure an inclusive approach to offshore wind development in Nova Scotia in two phases.

Phase One will bring together Mi’kmaw and other communities in educational forums and workshops toward the creation of community outreach plans. Phase Two will deliver on these plans by developing the foundations for off-shore wind developments across Nova Scotia’s coastal communities.

MP Kelloway also highlighted the 2022 Fall Economic Statement, which includes a refundable investment tax credit for clean technologies, including clean energy generation and storage. The statement also included the creation of a Sustainable Jobs Training Centre and Secretariat, which will support thousands of workers in skills training and placements in the low-carbon economy.

“Today’s announcement of nearly $1.8 million in support for Net Zero Atlantic’s offshore wind capacity-building program creates a foundation for further clean energy deployment, including in rural and Indigenous communities. In the recent Fall Economic Statement, the Government of Canada announced support for clean energy and technologies and the creation of a sustainable jobs training centre and secretariat. Smart investments like those announced today are enabling a sustainable and prosperous low-carbon future powered by clean, abundant and reliable energy.”

“I was pleased to announce $1.8 million in federal support of Net Zero Atlantic’s program, which works with Mi’kmaw and rural communities to create pathways for more offshore wind here in Cape Breton and North Eastern Nova Scotia. Offshore wind represents a clean growth opportunity that allows us to fight climate change while creating sustainable jobs. This investment, alongside the recent Clean Technology Tax Credit, is an example of how the Government of Canada is acting on climate change while creating sustainable jobs for generations to come.”

Mike Kelloway, Parliamentary Secretary to the Minister of Fisheries, Oceans and the Canadian Coast Guard and Member of Parliament for Cape Breton–Canso

“Through this project, our team at Net Zero Atlantic will assist members of Mi’kmaw, rural Nova Scotia and other equity-deserving communities in developing capacity related to offshore wind. As the use of renewable energy continues to grow, it’s critically important that communities and the industry, research and government sectors build mutual understanding of potential benefits and concerns. We’re grateful for the Government of Canada’s support for this important work.”